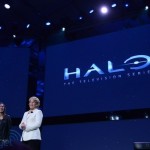 The Xbox One is a big deal for consoles, but Microsoft just made a massive content announcement at today’s reveal event — a live-action Halo TV series. As if the existence of such a television show weren’t enough, it turns out that 343 Industries is teaming up with renowned moviemaker Steven Spielberg to bring the world of Master Chief to life in serial form. Spielberg will be the executive producer and the show will provide “exclusive interactive Xbox One content,” whatever that means. Unfortunately, neither Microsoft nor Mr. Spielberg are telling when the show will actually be available for your eyeballs to view, but it is, most assuredly an actual thing . And just knowing that the follow-up to Halo: Forward Unto Dawn is coming is enough, right? Filed under: Gaming , HD , Microsoft Comments 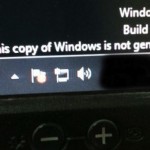 A US Army Base Is Running a Bunch of Illegal Windows...