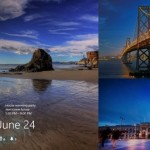 We caught the first Windows 8.1 (aka Blue ) news back in March , and after several betas and a preview , it’s been bundled off to manufacturers. That’s a mere five months from alpha code to gold master, a feat that Microsoft trumpeted as “an unparalleled level of collaboration” between customers and Windows product teams. Now, manufacturers will be able to ramp up their production lines with the new version in time for the holidays, as Redmond emphasized in its Blogging Windows post. Current Windows 8 owners will get the update for free , but all end users will have to hang on until the official October 18th release date. With a month and change left, though, it looks like all the ducks are in a row to herald the return of the tech world’s most infamous button . Filed under: Software , Microsoft Comments Source: Blogging Windows 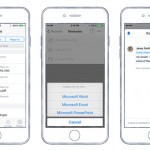 Dropbox for iOS will create Microsoft Office files from scratch

Hands-on: Blue Hydra can expose the all-too-unhidden world of Bluetooth