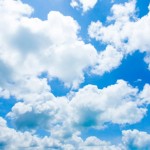 Microsoft really, really doesn’t want your Xbox One’s online services going offline. In a near $700 million investment ($677.6 million), the company’s opening a new data center in Iowa specifically aimed at powering Xbox Live and Office 365. Microsoft’s Christian Belady told Iowa’s Des Moines Register that the data center “supports the growing demand for Microsoft’s cloud services” — a much lauded function of both the Xbox One and Office 365 . Alongside the $700 million investment, the company’s getting a $6 million tax rebate from the state to move in, effective for five years. As for Microsoft’s cloud, we’ll assuredly hear more about it — for both Xbox One and Office 365 — this week at Build . Filed under: Gaming , Internet , Software , Microsoft Comments Via: NeoGAF Source: Des Moines Register

Hertz Had Sheriffs On Hand the Day It Cut IT

YIFY: The rise and fall of the world’s most prolific movie...