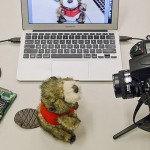 Mobile image processing in itself isn’t special when even high dynamic range shooting is virtually instant, at least with NVIDIA’s new Tegras . A new low-power MIT chip, however, may prove its worth by being a jack of all trades that works faster than software. It can apply HDR to photos and videos through near-immediate exposure bracketing, but it can also produce natural-looking flash images by combining the lit photo with an unassisted shot to fill in missing detail. Researchers further claim to have automatic noise reduction that safeguards detail through bilateral filtering, an established technique that uses brightness detection to avoid blurring edges. If you’re wondering whether or not MIT’s work will venture beyond the labs, don’t — the project was financed by contract manufacturing giant Foxconn , and it’s already catching the eye of Microsoft Research . As long as Foxconn maintains interest through to production, pristine mobile photography won’t be limited to a handful of devices. Filed under: Cameras , Science , Alt Comments Source: MIT