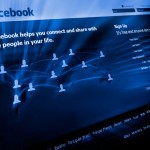 Court rules: Workers who use medical marijuana after hours can be fired