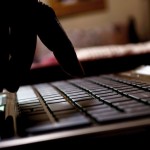 Europol and police forces across Europe have shut down Ramnit, a botnet that infected up to three million computers world-wide. The virus, generally installed by email phishing attacks or rogue sites (please stop clicking on attachments, whoever your are ) was mostly used by criminal hackers to steal banking info. If you were so foolish to click, the program gives hackers remote access to your Windows PC, letting them steal banking credentials, personal details and other info. The countries hit hardest were the US, India and Bangladesh. To wipe out the botnet, authorities shut down the master servers along with over 300 IP address used by crooks. They were aided in their efforts by Microsoft (the virus only affects Windows machines), along with Symantec and AnubisNetworks. As you’d expect, clearing the virus from individual PCs isn’t trivial. For instance, it loads into memory when the victim boots up and re-installs itself if the virus is deleted from the hard disk. It also disables antivurus software, and can monitor your websurfing to steal cookies. If you’re worried, UK police have recommended you use specialized software that can detect and disinfect the virus — Microsoft has it here . [Image credit: Benjamin Howell/Getty] Filed under: Software Comments Via: BBC Source: Get Safe Online

‘Fatbergs’ choking London sewers to be used for energy