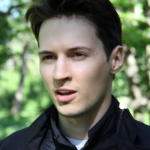 Pavel Durov, founder and former CEO of Vkontakte. Pavel Durov/VK Pavel Durov, the founder of Vkontakte (VK)—the largest social network in Russia—said on Tuesday that he fled the country one day after being forced out of the company, claiming that he felt threatened by Kremlin officials. In a  post on his profile page on Monday, Durov explained that he was fired from his position as CEO of VK and that the so-called “Russian Facebook” is now “under the complete control” of two oligarchs close to President Vladimir Putin. Durov explained that after seven years of relative social media freedom in Russia, his refusal to share user data with Russian law enforcement has set him at odds with the Kremlin, which has recently been trying to tighten its grip on the Internet, according to The Moscow Times . Read 7 remaining paragraphs | Comments

Excerpt from:
“Russian Facebook” founder flees country after being forced out as CEO

A Tinder security flaw has been exposing users’ exact locations for...

The Material That Both Conducts Electricity – and Doesn’t