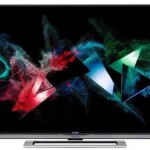 We are well past mid-August, which is when Sharp initially estimated its new 70-inch Aquos 4K Ultra HD LED TV would begin hitting shelves. Despite the late arrival, however, something tells us folks will still be glad to have yet another choice when shopping for their next 4K television set. To make things better, Sharp’s super high-res, THX-certified Smart TV is set to be carrying a $7, 499.99 MSRP here in the States, making it about $500 cheaper than when it was originally announced. Those of you interested shouldn’t have trouble finding one, as Sharp says it’ll be available at many regional and major retailers across the country. Filed under: Home Entertainment , HD Comments Source: Sharp

Watch 50 years of Korean cinema for free online at the...

iPhone users will be able to block ads in Safair running...