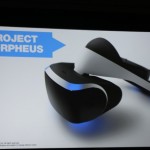 Kyle Orland At a “Driving the Future of Innovation at Sony” panel today, Sony Worldwide Studios President Shuhei Yoshida revealed the company’s long-rumored plans to enter a virtual reality headset space that has gained new relevance in the wake of the Oculus Rift’s development . The headset, codenamed Project Morpheus (after the god of dream, not the Matrix character, Sony clarified), is being developed by an international team of Sony engineers. “Virtual Reality is the next innovation from PlayStation that may well change the future of games,” Yoshida said. “Nothing elevates the level of immersion better than VR,” he continued, adding that VR “goes one step further than immersion to deliver presence.” The headset will have its position and orientation tracked 100 times per second in a full 360 degrees of rotation within a three cubic meter “working volume.” Tracking will make use of high-fidelity inertial sensors in the unit itself, tiny tracking markers on the surface of the headset, and the same stereo PlayStation Camera that tracks the DualShock 4 and PlayStation Move. Sony R&D engineer Dr. Richard Marks wryly noted at the panel that the PlayStation Camera “almost seems as if it was designed for VR, actually,” to laughs from the audience. Read 12 remaining paragraphs | Comments 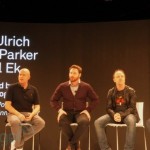