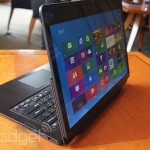 Sony said it was ” addressing various options ” as recently as yesterday when it came to its VAIO PC and laptop arm, and while announcing its financial results for Q3 2013, it’s apparently come to a decision. Amid reforming its TV arm (and splitting it into a stand-alone entity), it’s going to sell its PC business and VAIO brand to Japan Industrial Partners (JIP), with the final deal set to be done by the end of March 2014. The company has reported a drop in demand for its PCs in prior financial statements, and (barring the VAIO Flip 11A ), Sony didn’t have much to show from its VAIO range at this year’s CES. Sony is now no longer designing and developing PC products, while manufacturing and sales will wrap up after the company’s final VAIO range goes on sale globally. The company explains that it decided to focus on mobile products (smartphones and tablets), meaning that it had to make big decisions with less successful parts of the business. Bloomberg is reporting that Sony will cut 5, 000 jobs worldwide by the end of the 2014 fiscal year, while the new PC company has stated that it will hire around 250 to 300 Sony employees, encompassing design, development manufacturing and sales, and will be based in Nagano — where Sony’s current VAIO HQ resides. The company is promising to fulfill all its aftercare warranties. Sony is signed up to invest 5 percent of the new company’s capital to support its launch and smooth over the transition. According to Sony’s predictions, it reckons the changes will ensure the TV business returns to profitability within the financial year of 2014. Developing… Filed under: Laptops , Sony Comments Source: Sony

BlackBerry Just Killed the Greatest Thing It Ever Made 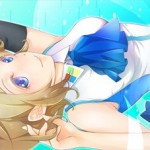