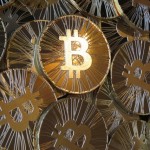 A federal judge in Texas has convicted a local man of conducting a massive Bitcoin-based Ponzi scheme, and ordered him to pay $40.4 million. The court found on Friday that Tendon Shavers had created a virtual bitcoin-based hedge fund that many suspected of being a scam—and it turned out they were right. The Bitcoin Savings and Trust (BTCST) shut down in August 2012, and by June 2013 the Securities and Exchange Commission (SEC) filed charges against its founder . In a statement at the time, the SEC said Shavers “raised at least 700,000 Bitcoin in BTCST investments, which amounted to more than $4.5 million based on the average price of Bitcoin in 2011 and 2012 when the investments were offered and sold.” Judge Amos Mazzant wrote: Read 2 remaining paragraphs | Comments