The Foreign Service Institute has ranked the difficulty of learning a language for English speakers. From Blazepress : Languages based upon Latin, such as French, Spanish and Italian are some of the easiest to pick up and are placed in ‘Category I’ languages with an estimated learning time of around 6 months. Languages such as Japanese, Korean and Arabic are placed in ‘Category V,’ and can take considerably longer and an estimated 2 years to master properly. Check out the rest on the map below.

Read the original:
The hardest and easiest languages to learn for native English speakers 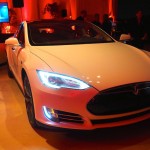 One in four self-made American billionaires dropped out of college