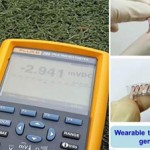 Many wearables have decent enough battery life, but you know what’ll make them even better? If we never have to recharge them at all. That’s why researchers have been developing small power sources that can generate electricity using body heat , including a team from the Korean Advanced Institute of Science and Technology. This particular group has designed a new light and flexible generator made out of thermoelectric (TE) substances printed on glass fabric. It’s far from being the first TE generator out there, but it’s a huge departure from the usual bulky and rigid ones. As team leader Byung Jin Cho said: This is quite a revolutionary approach to design a generator. In so doing, we were able to significantly reduce the weight of our generator, which is an essential element for wearable electronics. Body heat-absorbing generators made from inorganic materials like this have higher power output than ones made from organic substances, making them the better choice. Problem is, they’re also typically larger and more rigid. This creation addresses both issues, and the glass fabric even minimizes heat loss and maximizes output, as discussed in the paper the institute published recently. Obviously, it’ll take a long time before we see this design in real world devices, if we even see it at all. The team believes, however, that this generator doesn’t only have a future in wearables, it could also be used in cars, factories, airplanes and other vehicles. Comments Via: Physorg Source: The Korea Advanced Institute of Science and Technology 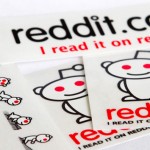