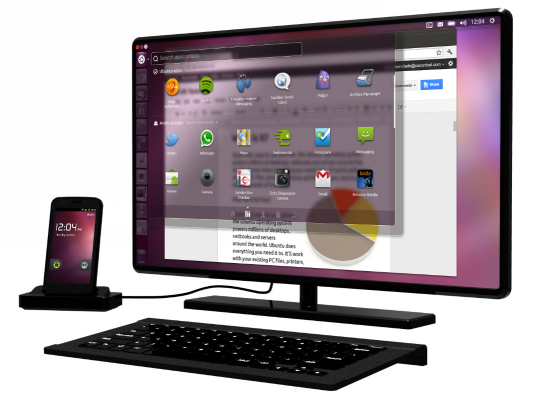 What the Atrix 4G first promised, it looks like the folks at Canonical may deliver. Think back to CES 2011, when Motorola showed us a future where our phone was the only computing device we would need — only to leave us wanting when its webtop app didn’t deliver the requisite functionality for such a future. Well, it turns out Ubuntu now runs on multi-core Android devices and your handset can grant a full desktop experience when docked with a display and a keyboard. It’s a customized version of Ubuntu that plays nice with Android, the two OS’s sharing data and services while running simultaneously. So, you can still access telephony and texts from the Ubuntu environment while enjoying all the computing capabilities it has to offer, including: Ubuntu TV, virtualization tools for running Windows applications, desktop web browsers, and Ubuntu apps built for ARM. It isn’t clear exactly what hardware you’ll need to run Ubuntu on a handset, but Canonical has said it works on multi-core devices with HDMI and USB connections. We’ll get more info next week when it’s shown off at MWC, but until then you’ll have to settle for the source below and PR after the break.

Update: Have a look at the slick integration in a video we’ve embedded after the break.