Lucas123 writes “In June, Harvard’s Clean Energy Project plans to release to solar power developers a list of the top 20,000 organic compounds, any one of which could be used to make cheap, printable photovoltaic cells (PVCs). The CEP uses the computing resources of IBM’s World Community Grid for the computational chemistry to find the best molecules for organic photovoltaics culled the list from about 7 million. About 6,000 computers are part of the project at any one time. If successful, the crowdsourcing-style project, which has been crunching data for the past two-plus years, could lead to PVCs that cost about as much as paint to cover a one-meter square wall.” The big thing here is that they’ve discovered a lot of organic molecules that have the potential for 10% or better conversion; roughly equivalent to the current best PV material, and twice as efficient as other available organic PV materials. Read more of this story at Slashdot.

Uber said to use “sophisticated” software to defraud drivers, passengers 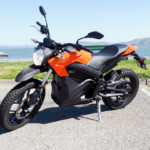