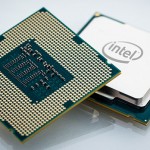 Since it was teased in March, enthusiasts have been itching to see how Intel’s 8-core Haswell Extreme Edition processor (the i7-5960X) performs. It has now launched (along with two other Haswell-E models) and the reviews are in. Yes, it’s the world’s fastest desktop CPU — but the general consensus is “it could have been better.” Why? Because Intel recently launched a “Devil’s Canyon” CPU for $340 with a base clock speed of 4.0GHz that can easily be overclocked to 4.4GHz. The $1, 000 Extreme Edition chip, on the other hand, has a base clock of 3.0GHz and max turbo speed of 3.5GHz. Since clock speeds are often more important to gamers than multiple cores, that might disappoint many a Battlefield 4 player. On the other hand, with DDR4 support and eight cores (Intel’s highest count ever on the desktop), the chip should excel at pro tasks like 4K video processing and 3D rendering. Given the price tag, that might be the only market that can afford it. Here’s what the experts think. Hot Hardware Hot Hardware called the Haswell-E 5960X “a mix between kick-ass and meh, ” saying that it was actually topped in some tests by the i7-4960X, last year’s Extreme Edition model. That’s because despite having two less cores, the latter has higher clock-rates. Still, it found the new chip to be “mostly superior to the previous-gen, ” in terms of gaming and graphics performance. And if you’re into overclocking, the chip is more configurable than other Haswell processors. ASUS told Hot Hardware the chip was easy to take up to around 4.4GHz or so with decent liquid or air cooling, thanks to adjustable voltage, turbo and other settings. If you decide to do that, however, beware of your power bill: the chip has decent power efficiency at regular settings, but can jump to 180 watts or more when overclocked. Anandtech “Using the 8-core monster… does some financial damage, ” was Anandtech ‘s succinct sum-up of the CPU’s economics. $1, 815 and up is the bare minimum price for a fully configured system, but that can easily stretch to $5, 000 or more if you max out the RAM and graphics. The $1, 000 price of the CPU doesn’t help, but another issue is memory: DDR4 RAM is considerably more expensive than last-gen DDR3, running about $250 per 16GB. On the other hand, you will save a bit of money once it’s up and running. Tick for tick, the new CPU is more efficient than last year’s Extreme Edition 6-core model (provided you don’t overclock), and the DDR4 RAM runs at a lower voltage and consumes less power as well. Still, you’d have to be a serious gamer to justify the mild performance bump for the not-so-mild leap in price over chips like the 4GHz Devil’s Canyon model. Tom’s Hardware However, if you’re into video or 3D graphics, where time is money, it might be worth paying more. Tom’s Hardware took a close look at some real-life benchmarks, including 3ds Max, Adobe Photoshop CC, Premiere Pro CC and Handbrake media encoding. The new chip tops almost all the charts, and actually bests Intel’s 8-core Xeon E5-2687W v2 in most — and that processor costs twice as much. Since most of the applications are heavily multi-threaded (unlike many games), it also wallops the quad-core, 4Ghz Core i7-4790K in all the tests. That means a 3ds Max render would run about 25 percent faster — which could easily save hours of time. Oddly, Tom’s also showed that if you’re into gaming, the two processors introduced along with the Extreme Edition CPU — the $389 Core i7-5820K with four cores and the $583 6-core 5930K — might actually be better. It said “games often favor architecture and clock rate over core count, ” and sure enough, Battlefield 4 and other titles get higher frame rates on those chips, thanks to the higher clock speeds. So if you’re a gamer, today’s announcement isn’t a total loss — but you may want to ignore the glamor chip and look at the two CPUs playing second fiddle instead. Filed under: Desktops , Intel Comments Source: Intel

Is Non-Prescription ADHD Medication Use Ever Ethical?