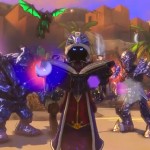 So far, sophisticated 3D web games have typically required either a plugin (think Quake Live ) or a special environment where they can run native code . While those are just dandy, they aren’t really web games, are they? That’s going to change shortly, as Trendy Entertainment has revealed plans to launch truly web-based versions of both Dungeon Defenders Eternity and the upcoming Dungeon Defenders II . Both Unreal Engine-based titles use a mix of open standards like WebGL , Web Audio and Mozilla’s heavily tuned JavaScript web code (asm.js) to handle desktop-level 3D and sound in your browser at “near native” speeds. You may not notice the difference at all, provided you’re on a reasonably quick PC. If you’re interested in giving either base defense game a spin, you might want to check out the Firefox 31 update arriving at the same time. Mozilla’s latest browser includes tweaks for game-related performance, as well as some handy features whether or not you intend to play; it enables parental controls on supporting sites, malware blocking for downloads and a search field on the new tab page. You don’t need Firefox if you’re only eager to try Dungeon Defenders , but you may want to swing by the source links to see if anything else in the upgrade tickles your fancy. Filed under: Gaming , Internet Comments Source: Mozilla Blog , Firefox Notes 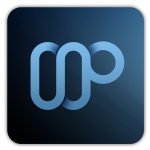