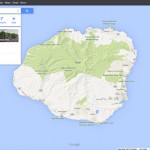 According to Bernhard Seefeld, product management director at Google Maps, “this is the most significant overhaul of Maps since it launched in 2005.” We sat down with both Seefeld as well as Jonah Jones — lead designer of Google Maps — following a marathon keynote to kick off Google I/O . Their slice of the event centered around the desktop refresh of Google Maps , but there’s actually a lot more to be excited about than what was announced today. Essentially, the preview that I/O attendees were granted access to is the first instance of Maps for desktop using vectors instead of tiles. In lay terms, that’s a far sexier rendering engine, and users of the mobile Maps products will already be familiar with how it feels. Seefeld affirmed that the new desktop Maps is slightly quicker to load, but you’ll want a WebGL-supporting browser to take advantage of the bells and whistles. (In our tests, the Maps experience was far superior in Chrome compared to Firefox.) We toyed around with the new layout for a bit, and overall, it looks and feels better. Refreshing, you could say. The search box is now entirely more useful, popping up intelligent cards beneath places you search for. You’ll have glanceable access to operating hours, surrounding traffic and recommended places — that’s not new, it’s just surfaced in a more sensible way now. There’s also dedicated shortcuts to directions and starring. Visually, it looks a lot nicer, the zooms are a little cleaner, and the search box is a tad more useful. Street View is accessed via the search box now, and there’s a toggle on the right side that overlays Google Earth data and (impressively) shows it from varying degrees of tilt. The magic really begins after you sign in with your Google account. If you’ve starred or rated a restaurant using Google Maps or Google+, for example, it’ll automatically populate recommended eateries that your friends have rated highly. If, of course, your friends are using Google+. Gallery: Redesigned Google Maps for Desktop hands-on at Google I/O 2013 Filed under: GPS , Software , Google Comments Source: Google Maps preview 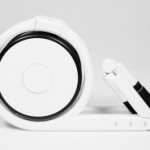 Fold-up electric bike will fit in your backpack

You Can Still Get Windows 10 For Free If You Use...